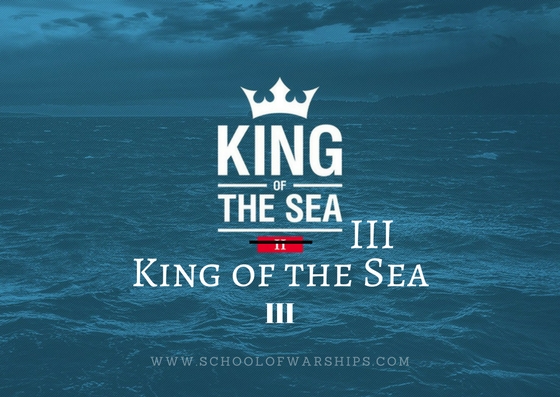 So, the King of the Sea event is back! Teams of 9v9 will battle at tier VIII to claim the title King of the Sea, and the bounty that comes with it! The event will be very tough to win, as Strangers123 will be leading his team once again to defend their title they won last tournament. If you are willing to go up against the elite teams of World of Warships:

The winners will be covered in rewards (and of course bragging rights) for their efforts to reaching the king of the sea winners – here are the prizes:

It’s a shame that the third and forth don’t have to battle to get better prizes, but the prizes both of them get are:

Seventeenth to twenty forth place

So now you know the prizes, have a look at the rules

Ship limits are imposed and they go as the following:

Note these are just the maximum amount of these ships, and there may be less of them.

So that’s the King of the Sea event. Good luck everyone!