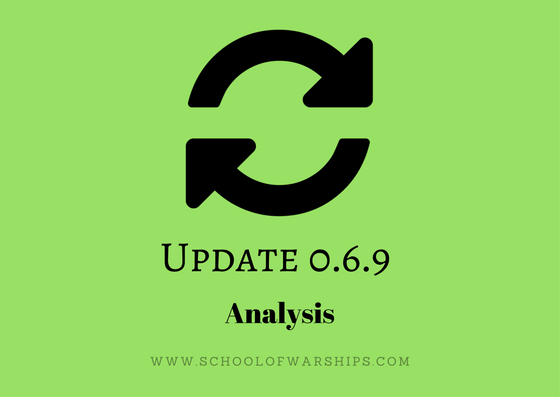 Here comes World of Warships Update 0.6.9! It features the first of the promised Legendary Captains and a collection to go with it!

Update 0.6.9 ushers in unique “hero” Commanders who provide their ships with special bonuses and talents in battle– they’re even marked with a special ribbon so they stand out from the crowd in your Reserve.

Yes,  there will be commanders that will stand out from the crowd of regular commanders – but the fact is that to get these ‘special bonuses’ you have to achieve in battle, you don’t just research them. Wargaming is bringing out one ‘hero commander’ for now (we are not so sure about what they are officially called, one part calls them hero captains the other unique commanders and in their plans for 2017 they called them legendary commanders!) Anyway, the first he first special commander coming out is Admiral Yamamoto. He is a historical naval captain, Wargaming will probability make all of these hero captains people who fought in the Navy in the past.

Picture of the extra skills Hero commanders have: 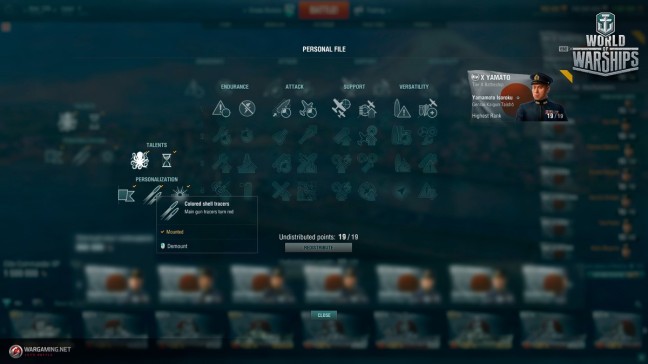 You will be able to gain Admiral Yamamoto in a permanent campaign. So there’s no rush to get this captain in a limited time! The talents that can be earned in battle with this commander are:

Those are the top two ‘talents‘ at the top. The Personalisation goes as following:

This new permanent Campaign challenges even the most seasoned sea wolves in a series of Admiral Yamamoto’s historical battles.

All players with Service Record level nine can sail the Campaign’s tier VIII-X vessels. It contains five missions, each based on a period in Yamamoto’s life. The reward is worth it — you earn two Supercontainers for completing each mission’s final task. Each consecutive mission will become available every two weeks.

This probably means that wargaming wants to stagger the people grinding out the campaign for the first time. It probably means that the second mission will unlock after two weeks, but if you have not finished the first mission, the first mission will still be available. Two supercontainers! With the improvement of supercontainers last update, you can be sure to get some good stuff from them! 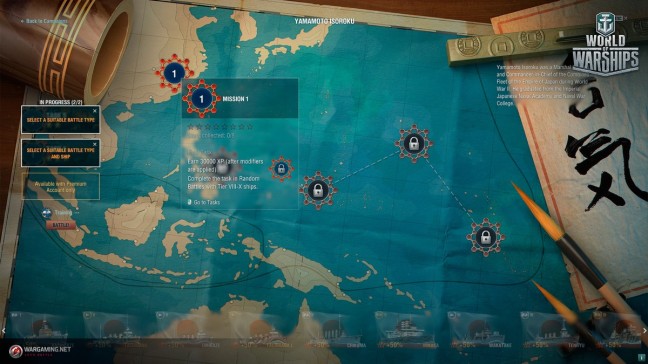 You earn Commander Yamamoto Isoroku in the Port and the tier I *Hashidate with 15 Skill points when you finish the final task of the last mission. You also get a Container with items from the Isoroku Collection and some bonuses, plus 200,000 Credits and 50,000 Elite Commander XP for retraining Yamamoto for the desired ship.

If you have a Japanese premium that means 50k free xp! Also, a 15 point commander a very good prize, especially when you think of his other abilities!

The collection is like all of the other collections in World of Warships, except the fact that it is permanent. It has 40 different collectable items, apparently related to Admiral Yamamoto 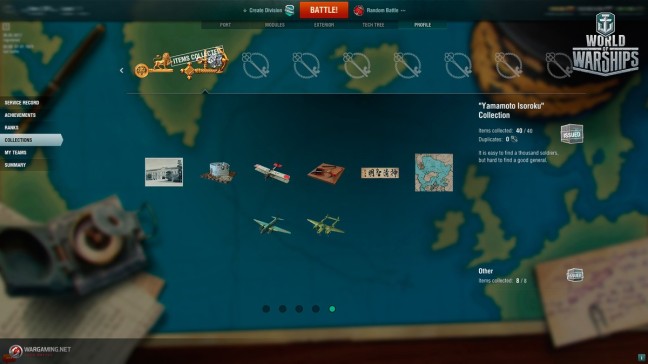 Complete the full Collection and you earn an achievement along with the commemorative Yamamoto Isoroku Flag, hurrah!

That’s it for Update 0.6.9! Enjoy the new Yamamoto Isoroku Campaign!