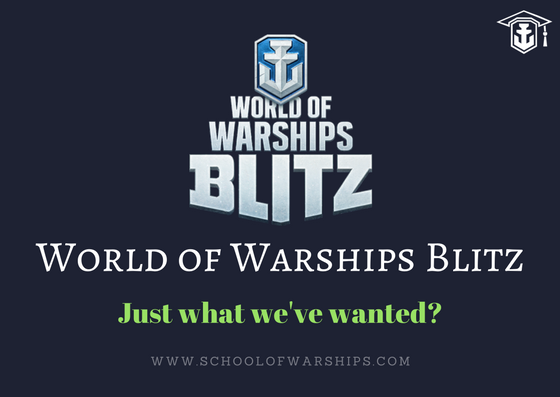 Not long ago World of Warships Blitz was released in the UK. Here are our thoughts on it…

Pretty much everyone has a phone or tablet, and the download is only around 150mb. So it’s really quick to get started on, compared to the computer version’s 10gb+ initial download. This does come at the price of inferior graphics, but it is a mobile game after all. Also, the pace of the game has been sped up. With a time limit of 6 minutes, smaller maps and quicker securing of objectives, it cuts out pretty much everything apart from action. This does mean that Blitz loses World of Warship’s ‘tactical’ style, which some people will not be happy about.

One of the great things about Blitz is that it really keeps the World of Warships feel. The port is almost exactly the same, and Blitz has many of the ships featured in the main game. Also, featuring the same music in-game and in the port as the main game really seems to help Blitz feel more like the pc version. Another feature, that carries on from the main game is that getting high tier ships is very grindy. You don’t see many high tier ships in matchmaking, which is a shame, as players on mobile usually won’t play as much as players on pc.

One of the reworked things compared to the main game is secondary guns. You can control them like you would do with your primary guns. This means that they are now much deadlier, which is an indirect nerf to destroyers, as battleships that have been caught off guard by destroyers will be able to take out them a lot easier with their secondaries.

The gameplay on World of Warships blitz is mostly smooth, as the control system has been well thought through. It obviously can’t give the control that a mouse and keyboard gives, but that is expected. A feature which streamlines all this is the target locking system. When aiming at an enemy and looking down binoculars, your aim will lock onto the ship, so your aim stays fixed on a certain position on the enemy ship, no matter whether it is moving or not. This means that you do not have to be constantly adjusting your aim, as it is always relevant to the position of the enemy ship.